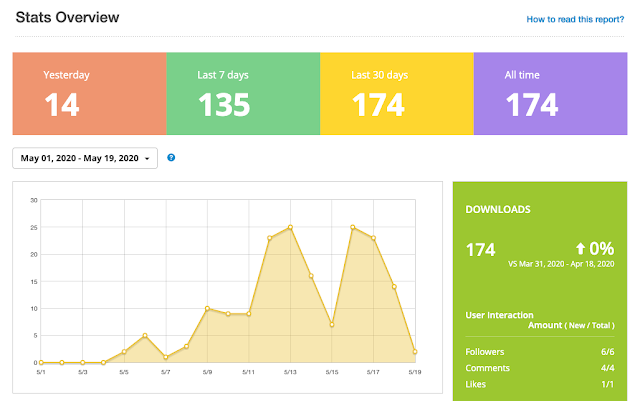 Okay, people: I am both gobsmacked and humbled.


For those keeping score (i.e. Me), that's 174 downloads in about two weeks to over five different countries.

Yes, I'm proud; yes, I'm thankful.  And, yes, I'm both bewildered by the numbers, and I am truly thankful for those who have said how much they're enjoying the story.

A new chapter is going up each day.

Please consider giving it a listen if you haven't.  If you have kids who are bored and are looking for something different to entertain themselves with, have them give it a listen and send me questions.  I'm more than happy to respond!


===========================
* The IT Crowd, S03 E05, written and directed by series creator Graham Linehan, who I  would love to meet one day but would, undoubtedly, be embarrassingly awkward around.  Unless many drinks were involved.  Then I'd embarrass myself by being the unabashed fanboy that I am concerning his work, desperately hoping he'd catch the Wayne's World "I Am Not Worthy" adulations I would undoubtedly bestow upon him in my very crass American way.   I mean, seriously, the man created/wrote Father Ted, Black Books, and The IT Crowd!

If none of these are familiar to you, The Google Is Your Friend. Trust me on this.